This study pinpoints regions of the tomato genome where extra DNA has hitchhiked along with desirable DNA; regions breeders can now target for crop improvement.

BTI Scientist Successfully Applied Precision Genome Editing in Tomato. In the new system, called CRISPR/Cas9 genome editing, targeted changes are made in the desired region of the genome.

BTI professors David Stern, Zhangjun Fei, and Lukas Mueller were able to brief Bill Gates and his team on their Gates funded projects and issues of biotechnology and plant science while he was at Cornell on October 1, 2014.

$4.7 Million to SIPS and BTI for More Tomato Research

Schroeder’s lab works to discover new small molecules and identify their structure and function in the context of aging. “We know everything we see will be unknown, pure discovery…It’s pretty intense. We get to the bottom of things.”

Architecture within Plant Cells—Keeping the Genome’s House in Order BTI Researcher on a Mission to Save Citrus

The entire California citrus industry is counting on Cornell vector biologist Michelle Cilia to quickly come up with a solution to stop the spread of a deadly disease that could decimate domestic citrus production.

(From Cornell Chronicle) Boyce Thompson Institute and Cornell researchers have identified a plant protein called DELLA that may lead to reducing phosphorus-fertilizer applications on farms and better plant growth in poor soil.

Gene to Bean to Global Scene

BTI invited public to learn more about BTI’s role in recent sequencing of coffee genome, plus presentations by other Cornell researchers from diverse fields who study coffee. The genome of an experimentally important relative of tobacco has been sequenced by US and Canadian researchers. Conventional wisdom holds that genes determine the morphology of animals, but something else iwormmay be at play. Frank Schroeder from the Boyce Thompson Institute at Cornell University and Ralf Sommer from the Max-Planck Institute in Germany now rep.

Cornell Receives $25.2M in Funding for Next Generation Cassava Breeding

Cassava, a rough and ready root crop that has long been the foundation of food security in Africa is finally getting the respect it deserves. 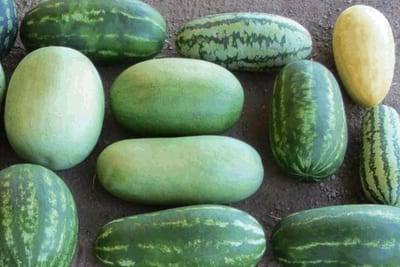 Are juicier, sweeter, more disease-resistant watermelons on the way? The science of how and why plant roots get their shape, it turns out, is a twisted tale.

The genome of an experimentally important relative of tobacco has been sequenced by US and Canadian researchers. By identifying the proteins which bind the plant hormone salicylic acid and potentially mediate its myriad physiological effects, Dr Daniel Klessig is unravelling the complex roles these hormones play in abiotic and biotic plant stresses. According to an old country song, the only two things money can’t buy are true love and homegrown tomatoes. How true – those perfect, red tomatoes from the store just can’t match ones plucked from the garden. Now, researchers have identified the gene that controls the... For the first time, the genome of the tomato, Solanum lycopersicum, has been decoded. All of these nematodes speak the same chemical language,” through the use of compounds called ascarosides, said study co-author Frank Schroeder.

Sugar Could Be a Sweet Way to Control Insect Pests

BTI Scientist Georg Jander to work with Cornell University’s Angela Douglas to study the effects of sugar on insects, to control pests on plants. Most flowering plants form symbiotic associations with soil fungi to gain additional access to phosphate from the soil. Scientists at the Boyce Thompson Institute for Plant Research (BTI) released a draft sequence of the Nicotiana benthamiana genome which is accessible through the SGN BLAST tool and can be downloaded from an ftp site (see: http://solgenomics.net/). The project was...

Scientists at the Boyce Thompson Institute for Plant Research (BTI) released a draft sequence of the Nicotiana benthamiana genome which is accessible through the SGN BLAST tool and can be downloaded from an ftp site. BTI scientists have released a draft sequence of the Nicotiana benthamiana genome.

BTI scientists have released a draft sequence of the Nicotiana benthamiana genome. Scientists have discovered that a species of small, transparent roundworms called Caenorhabditis elegans possess a highly-evolved language in which they combine chemical fragments to create precise molecular messages.

Frank Schroeder’s group recently published manuscript describes the use of an MS/MS-based screen to investigate a class of signaling molecules recently identified in the model organism C. elegans. At the Frontline of a Plant-Pathogen Molecular Arms Race

Research published by Greg Martin in the journal Cell Host & Microbe presents clear evidence of a molecular arms race or coevolution between a host plant and a pathogen.

Up to 30 percent of agricultural productivity is lost to insects and disease.

Dr. Popescu’s study finds that two reticulon proteins modulate the transport of an immune receptor to the cell membrane.

Plants under Attack: Discoveries That May Lead to Plants Better Able to Withstand Pathog

Receptors in the plasma membrane of plant cells are critical for recognizing pathogens, but how they get there is poorly understood. Dr.Sorina Popescu’s research could help. Salmonella and Tomato Infection Interactions to Be Investigated

Salmonella bacteria cause 1.4 million cases of food poisoning in the United States each year. If your building has 10 false fire alarms one morning, it is human nature to ignore it when it goes off for the 11th time.

Scientists have been working for more than a decade to understand how tiny molecules called microRNA regulate genes within cells. Now researchers have discovered that microRNA actually moves between cells to help them communicate.

Assay for PAMP-Triggered Immunity in Plants

VIGS in Nicotiana benthamiana and Tomato

Graduate student André Velásquez from Greg Martin’s lab shows how to do Virus-induced Gene Silencing (VIGS) in Nicotiana benthamiana and Tomato in a JOVE publication.

VIGS in Nicotiana benthamiana and Tomato

Graduate student André Velásquez from Greg Martin’s lab shows how to do Virus-induced Gene Silencing (VIGS) in Nicotiana benthamiana and Tomato in a JOVE publication.

Frank Schroeder Published in Nature: Sex and Life Span Linked in Worms: A Family of Sugar

A group of scientists who set out to study sex pheromones in a tiny worm found that the same family of pheromones also controls a stage in the worms’ life cycle, the long-lived dauer larva.

A study has identified a hormone from human urine, a xanthurenic-acid derivative, which might help safely flush sodium out of the body and could be harnessed to develop more effective and safer treatments for high blood pressure, or hypertension.

BTI scientists present microarray expression profiles of a high-resolution set of developmental time points within a single Arabidopsis root and a comprehensive map of nearly all root cell types.

BTI scientists sequenced the nuclear genome of Chlamydomonas and performed comparative phylogenomic analyses, identifying genes encoding proteins that are likely associated with the function and biogenesis of chloroplasts or eukaryotic flagella.