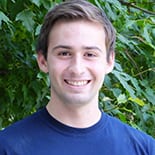 The final stages of fruit development culminate with ripening and senescence and coincide with a burst of respiration and ethylene in fruit classified as climacteric. Ethylene is a gaseous plant hormone that regulates ripening and other aspects of plant development such as senescence, abscission, biotic and abiotic stress responses, and seedling growth, thus its action is tightly controlled by a complex biosynthesis, perception, and signal transduction system. While the synthesis, perception, and signal transduction is well characterized in plants at the transcription level, little is known about post-translational regulation of these pathways. There is evidence in the literature that the ethylene receptor levels are controlled by protein degradation via the 26S proteasome pathway.  Two genes encoding FBOX proteins have been identified as candidates involved in this regulation in tomato, (SlFBOX1 and SlFBOX2), and the expression of these genes is up-regulated in ripening fruit. Plants silenced for SlFBOX1 and SlFBOX2 exhibit altered ethylene responses and ethylene synthesis as well as accumulation of the ethylene receptor proteins ETR3 and ETR4. FBOX proteins are involved in protein turnover by recruiting target proteins for degradation via the 26S proteasome. We hypothesize that SlFBOX1 and SlFBOX2 are involved in the turnover of ETR3 and ETR4 protein levels. This hypothesis will be tested by using a targeted yeast two hybrid assay to assess whether or not SlFBOX1 and/or SlFBOX2 interact directly with ETR3 and/or ETR4. The results of these targeted yeast two hybrid experiments will be reported and discussed.

My Experience at BTI as a PGRP intern has given me the opportunity to delve deeper into plant research and gain essential laboratory experience. Specifically, I had the opportunity to perform yeast two hybrid assays and investigate protein-protein interactions in tomato. A warm welcome by the Giovannoni lab made it easy for me to jump right in and begin work on my summer project. The most important things I learned at BTI were how valuable patience and learning from previous mistakes are in scientific research. This internship  solidified my interest in going to graduate school to study plant breeding and to have a career in plant research.